First insights: Landscape of Climate and Disaster Risk Insurance (CDRI) in Asia and the Pacific

An analysis of the current status of Climate and Disaster Risk Insurance (CDRI) has been developed by the MSC (MicroSave Consulting) in collaboration with the Gesellschaft für Internationale Zusammenarbeit (GIZ), and the Regulatory Framework Promotion of Pro-poor Insurance Markets in Asia (RFPI-Asia), together with the InsuResilience Secretariat which shares first findings of the CDRI landscape in Asia and the Pacific.The study focuses on 22 countries located in Asia and the Pacific region. The study identified four key markets of Bangladesh, Indonesia, the Philippines, and Vietnam for greater focus because of their high vulnerability to disasters in general, while offering a contrast in approaching disaster risk financing given that the different nature of disasters that afflict these markets. 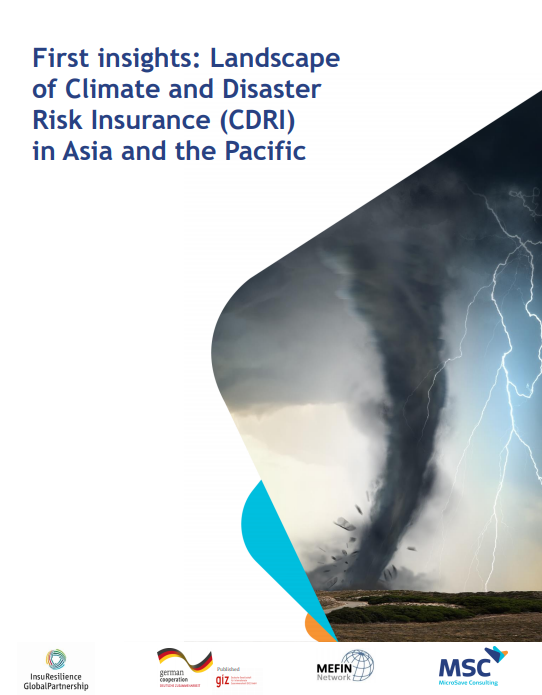