The ARC Replica Programme, initiated by Start Network and the World Food Programme in 2017, seeks to expand the coverage of the African Risk Capacity (ARC) Initiative, while giving the opportunity to test new financing tools for civil society (especially insurance), and ultimately the uptake of ARC. The ARC-Replica was initially implemented in Senegal. In November 2019, a drought was detected through the African Risk View (ARV) model, triggering the first pay-out from ARC to a non-Governmental entity, and the largest ever early action investment received by civil society. The Start Network received $10.6m, replicating the $12.5m received by the Government of Senegal. ARC Replica assistance was then provided across communities in seven regions, by six Start Network member agencies: Action Contre La Faim (ACF), Catholic Relief Services (CRS), Oxfam, Plan International (PI), Save the Children (SCI) and World Vision (WV). They provided unconditional cash transfers, fortified flour and carried out awareness raising around hygiene and nutrition, between April and September 2020. This took place in the context of the COVID-19 out-break in Senegal, which caused significant and unexpected difficulties both for implementing agencies and the communities with whom they work.
The evaluation reviews the impact of this pay-out on the Start Network members who received the funding and on communities reached through the actions which followed. 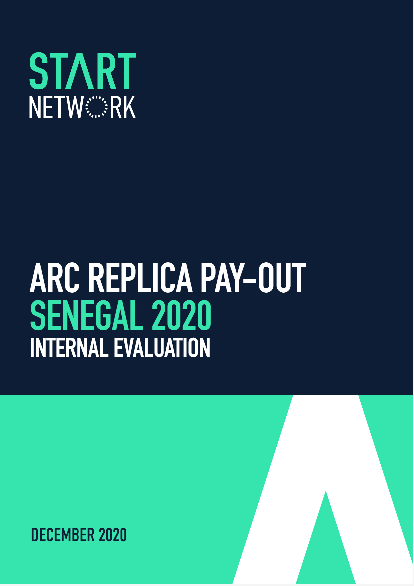